“Bao toh” is Hokkien for “to wrap a knife.” The term has come to meant “to sabo” (as in “sabotage”) or “to betray.” In other words, “to snitch.” One theory put forth is that when gangsters prepare for a fight, they would wrap a knife in paper to avoid attention. 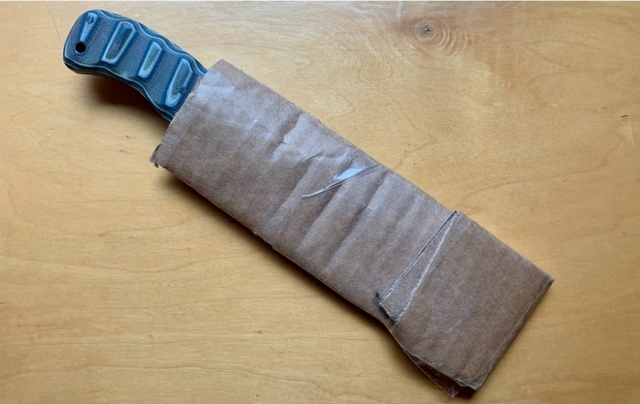 People have been asking if ours is fast becoming a nation of bao toh kings because every time a group meets, contravening the government’s “no more than eight in one gathering” rule, the authorities would know and those caught will be taken to task. Foreigners, expats have been asked to leave the country and never allowed back. It’s good that the government takes such a firm stand. The virus is not a joke and people’s lives are at stake. (Our death toll so far from COVID-19 is about 30 and is a very low number.) There are cameras everywhere but were those who were caught victims of snitches who kept knives under wraps and brandished them to sabotage people when the opportunities arose?

The following letter written by a Suresh Menon and published in The Straits Times last month, made me wonder if the writer, who appears to relish being a full-time complainer, is a bao toh king. I am thankful he is not my neighbor, otherwise, if he smells a whiff of my fart, he’ll probably report me to the Gestapo. Please knock yourself out enjoying this missive by a chronic complainer complaining about how difficult it is to complain:

Submitting feedback: Sorry, no selfie of me being chased by dogs

The public portals through which members of the public can report offences leave a lot to be desired.

The National Environment Agency’s (NEA) website, which I have used several times to report littering and smoky vehicles, is poorly suited for this purpose.

My latest report involved a smoker who threw her cigarette butt out of a car window. NEA’s website requires a video or image no larger than 3MB to be submitted. In many instances, an image is insufficient as it does not tell the full story, but how is one to get a video under 3MB in size?

As for the Traffic Police, raising an issue will lead to further correspondence by e-mail, and video evidence to be submitted in some instances via Google Drive.

Users submitting feedback on the Traffic Police website can check a box indicating that they are willing to testify in court. For submissions to NEA, however, I have been asked to submit a separate witness statement. When I asked an NEA investigating officer if NEA could follow the Traffic Police’s example, he said it was a good idea, but nothing has changed since then.

In one instance that was not at all amusing, I was chased by a pack of five dogs while cycling near Lorong Halus. But to complete my report to the NEA, I had to submit photo evidence. Was I supposed to take a selfie while I was being chased and was cycling frantically for my life? I had to cancel my submission as I had no image to load.

Both the Traffic Police and NEA need to relook their portal submission requirements as well as do away with the need for numerous e-mails and phone calls just to close an issue. The current process of submitting reports is a totally frustrating and time-consuming experience that requires determination to see through.