In 2016, Barack Obama marked the “birthday of one of America’s revered wordsmiths who used his incredible talent to instill in his most impressionable readers universal values we all hold dear.”

Obama said “He made children see that reading is fun, and in the process, he emphasized respect for all; pushed us to accept ourselves for who we are; challenged preconceived notions and encouraged trying new things; and by example, taught us that we are limited by nothing but the range of our aspirations and the vibrancy of our imaginations.”

He was referring to Theodor Seuss Geisel who wrote prolifically for children using the pseudonym “Dr Seuss.”

But this year, on the author’s birthday last month, Dr Seuss Enterprises said it decided to stop publishing six of his books “due to their racist and insensitive portrayal of people of color.” Basically the organization was referring to racial and ethnic stereotypes in some of the author’s books.

The six books are: And to Think That I Saw It on Mulberry Street, If I Ran the Zoo, McElligot’s Pool, On Beyond Zebra!, Scrambled Eggs Super! and The Cat’s Quizzer.

Never mind the fact that Forbes has listed Dr Seuss as the second highest-paid dead celebrity of 2020, in part thanks to multimillion-dollar film and TV deals but mostly because of sales of his books. He wrote more than 60 books, selling 7 million copies. His honors include two Academy Awards, two Emmy Awards, a Peabody Award, the Laura Ingalls Wilder Medal, the Inkpot Award and the Pulitzer Prize.

And to Think That I Saw It on Mulberry Street has been criticized for including “a Chinese man with sticks” who has two lines for eyes and can be seen holding chopsticks and a bowl. (The book was published in 1937, so context is important here.)

If I Ran the Zoo depicts two men, described as being from Africa, wearing grass skirts and carrying exotic-looking animals.

According to a study published in the journal Research on Diversity in Youth Literature, the book If I Ran the Zoo also points to “another example of Orientalism and White supremacy.”

The study said: “The three Asian characters who are not wearing conical hats are carrying a white male on their heads in If I Ran the Zoo. The white male is not only on top of, and being carried by, these Asian characters, but he is also holding a gun, illustrating dominance.”

The study was also critical of the text beneath the Asian characters that describes them as “helpers who all wear their eyes at a slant” from “countries no one can spell.”

Dr Seuss Enterprises (Seuss died of cancer in 1991) said the books “portray people in ways that are hurtful and wrong.” The company believes in “research” that has shown that children as young as three can form racial biases, and those biases become fixed by age seven.

To me it’s a case of political correctness gone out of control. Cancel culture gone nuts.

Books from the past shouldn’t be banned just because today’s standards deem them inappropriate. Allowing them to continue to be available endows the world with yet another teaching tool, that people were perhaps not so enlightened in the past and that modern thinking is probably more proper, that social attitudes evolve.

Simply banning them deprives future generations of that lesson. It’s sweeping shit under the carpet. It’s a retarded move.

And if indeed kids start to form racial biases from age three, then it is our job to educate them. Such “objectional” books can even be published accompanied with a disclaimer or a warning.

I hold the same view regarding statues. I’ve said enough about statues here. Read this too.

“Think left and think right and think low and think high. Oh, the thinks you can think up if only you try!” – Dr Seuss 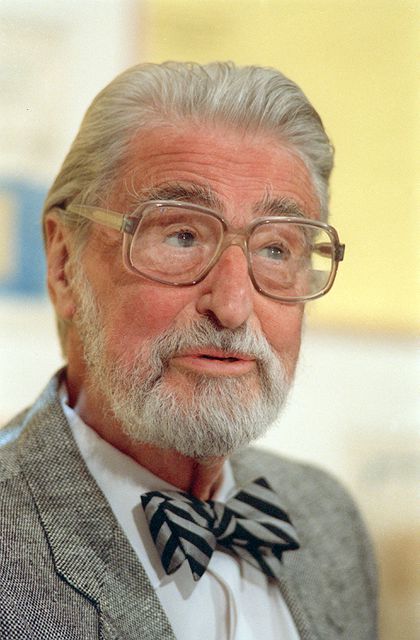