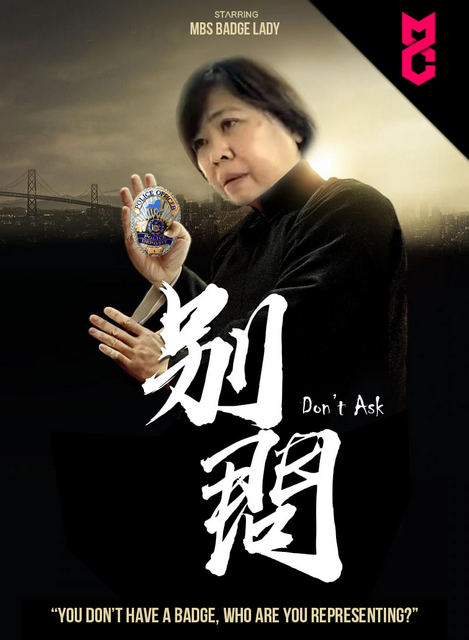 Recently, yet another woman gained notoriety by insisting on not wearing a mask in public. She became known as “The Badge Woman” because she questioned the authority of the safe distance ambassador who told her to mask up by asking if the ambassador had a badge. She was arrested.

Experts, self-declared experts and non-experts all voiced their opinions and got their moments of fame. Social media heated up with clutter. Everyone had something to say. Even those clowns dominating LinkedIn.

I bet she is going to plead that she is suffering from depression or some mental illness.

Depression can be incapacitating and sufferers do struggle with getting on with their lives.

But the fact of the matter is that most mental illness – including depression – can be managed via a variety of methods.

The thing is, there seems to be more and more idiots with no mental illness claiming to have untreated mental conditions.

These offenders with no mental health issues can easily “engage” (in other words “buy”) the services of “expert witnesses” to testify in court in their favor.

This way, they hide behind “mental illness” as excuses for committing their crimes. More and more criminals seem to be doing so. They and their lawyers and their “expert” witnesses blame depression or some other mental conditions for their criminal behavior. They seem to think the courts will be more lenient with them.

When they do this, they hurt those who are really afflicted with depression because now everyone will think that those suffering from depression are just using it as an excuse for bad behavior. (Think of the boy who cried wolf.) Come on, not everyone who is depressed ends up committing crimes!

Genuine sufferers of mental illness – and I suspect the woman is one of them as she has caused trouble in public numerous times before – should seek treatment. You don’t want to wait until things get out of hand and you end up doing something that get you arrested. Remember, in Singapore, we have something called the MTO.

That’s Mandatory Treatment Order and is targeted at offenders who commit criminal acts as a result of suffering from mental/psychiatric conditions.

State-appointed psychiatrists and other mental health professionals will verify if these offenders indeed have a mental illness.

Instead of serving jail time, eligible and suitable offenders of an MTO will be directed to undergo psychiatric treatment – including hospitalization – at a psychiatric institution for up to 36 months.

And even before an MTO is imposed, a person can be apprehended under Section 7 of the Mental Health (Care and Treatment) Act.

He or she can be remanded in a government mental hospital while investigations are being carried out by the authorities to determine if he or she has a mental disorder. This is what happened to “The Badge Woman.”

Would you rather seek treatment early, and get better, or would you rather do nothing and wait till you get incarcerated by the state in a government mental asylum?

If you think being in a mental asylum is better than being in jail, you probably haven’t seen One Flew Over the Cuckoo’s Nest.