Making Your Own Hollow Points? 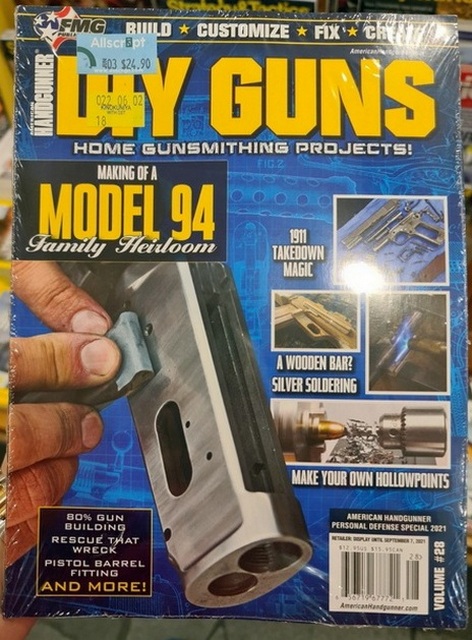 Hollow point bullets are banned in international warfare under the Hague Convention’s laws of war.

A hollow point bullet has a cavity instead of a tip. When a hollow point strikes a soft target, the pressure it is met with forces the bullet to open, significantly increasing its diameter in the process.

The hollow point’s ability to expand, or “mushroom,” delivers a trifold benefit to its terminal performance: the bullet creates a wider wound channel. This increases blood loss, and provides a greater likelihood of hitting a vital organ.

But, what’s the point of having bullets when you don’t have a gun?

Well, the same magazine will teach you how to make your own gun.

And you know what, you could buy this magazine in Singapore for S$24.90! Someone I know found it in Kinokuniya at JEM.

To me this is alarming.

In June, the Internal Security Department said that the terrorism threat to Singapore remains high as terror groups continue spreading their influence online amid the COVID-19 pandemic and that self-radicalized individuals are now Singapore’s primary threat domestically.

Private gun ownership has been outlawed for decades, and given the likelihood of radicalized individuals getting carried away, why are such publications being sold here?

Concerned friends have notified the media but so far, no interest shown whatsoever.

Maybe it’s only newsworthy when some retard actually makes a gun and his own hollow point bullets and starts shooting someone?