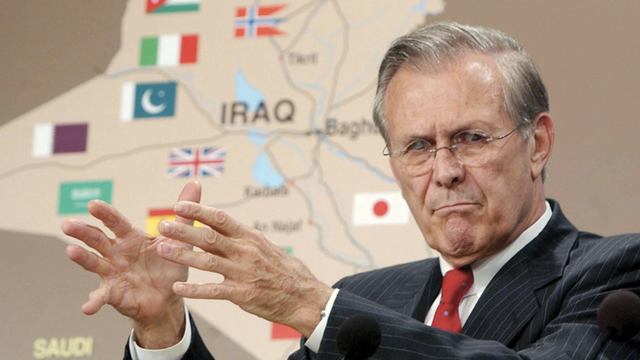 The orange Donald is plain stupid; this Donald was evil incarnate.

“Reports that say that something hasn’t happened are always interesting to me, because as we know, there are known knowns; there are things we know we know.”

Bet he’s having a great time in hell now stuttering with his tongue twisters.