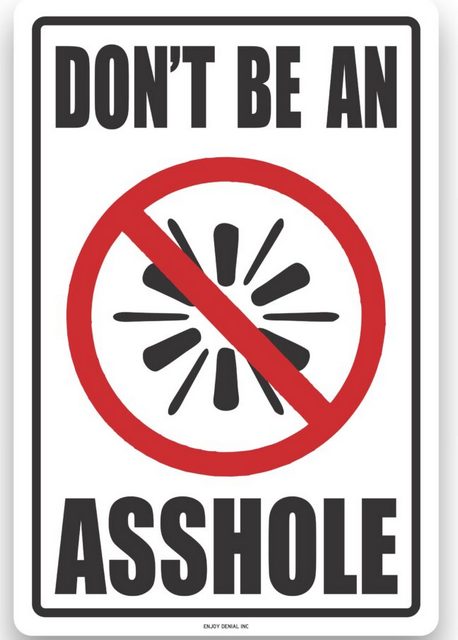 Do you really need to be an asshole?

In the movie Downsizing, a character by the name of Dusan Mirkovic said “Friends tell friends the truth. Okay, maybe sometimes I’m a little bit asshole, but the world needs assholes. Otherwise where would shit go out?”

But it’s good to know that if someone treats you like shit, just remember that there is something wrong with them, not you.

Normal people don’t go around destroying other human beings by putting them down or by being rude to them.

That said, you should not misconstrue honest feedback intended to make you a better person as an attack on you.

Constructive feedback has nothing to do with someone trying to “destroy” you.